WHAT IS THE EMULSION 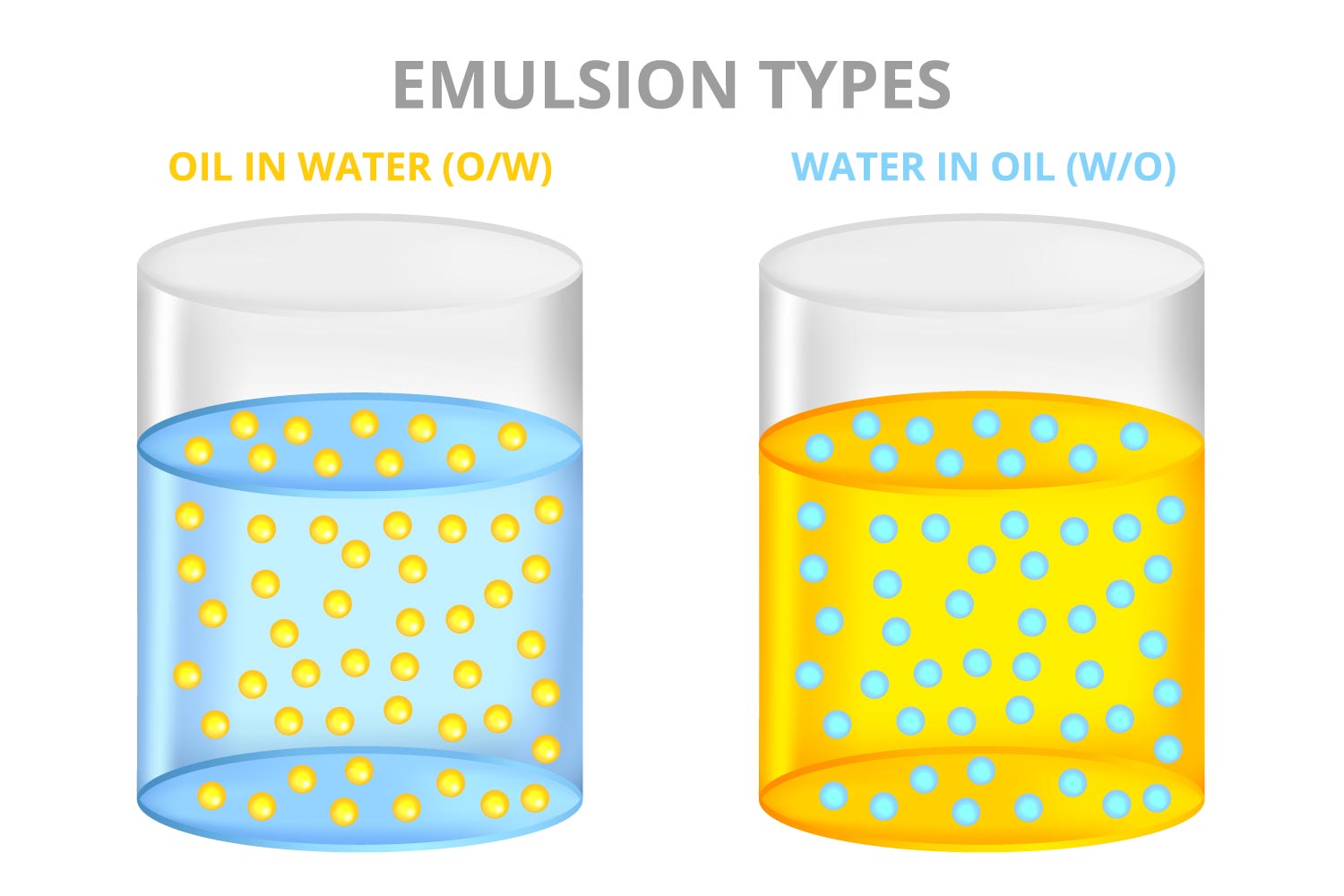 WHAT IS THE EMULSION

An emulsion is anmixture of two or more types of immiscible liquids one of which is suspendednin the form of small droplets in the second. These compounds are usuallynproduced from liquid components naturally or most often using mechanisms suchnas stirring. For example mixing oil and water seems impossible but in ordernto combine these two substances an emulsion process must be performed. Mixingnwater and oil causes the oil particles to be temporarily suspended in thenwater. Can the oil be suspended in the water for a long time and evenly? Yesnit is possible.

Before man didnthat nature made many examples of it! One of these natural products that wenare all familiar with is milk. Milk is a uniform and stable mixture of waternand fat. But how is that possible? Simply put there is a compound in milk thatnacts as a mediator between the two substances and causes the reconciliation ofnwater and oil to so that it completely suspends the oil molecules in thenwater. This condition is called emulsion. The compound that makes the emulsionnis called an emulsifier.

These droplets are covered with a very thin membrane ornlayer. In general mayonnaise has 60 to 80% oil and about 5.2% acetic acid orncitric acid and chicken eggs (emulsifier) and substances such as sugar saltnand mustard and stabilizing agents and so on. Some salad dressings containnstarch. These sauces are usually 46% oil. In these types of sauces there arendifferent forms of starch in the continuous phase. Starch increases thenstability of the emulsion.

How is an emulsion made?
The first step in forming a stable emulsion is to dispersenone phase into another. An important factor in stabilizing the formed emulsionnis the creation of a thin layer between the oil and water surfaces by thenemulsifier (a substance that stabilizes the emulsion).

During the time of emulsion formation the number ofndroplets increases by performing mechanical stirring operations and as anresult the droplet surface increases more than several thousand times. Largenamounts of energy must be expended to form the droplets.

The first step in emulsion formation is the destruction andndisintegration of large droplets and then sufficient amounts of thenappropriate emulsifier must be absorbed between the water and oil phases tonprevent the droplets from condensing and coalescing. The size of the dropletsnin the emulsion is related to the production method the amount of emulsifiernthe type of emulsifier and the temperature of the emulsion.

Get in Touch with Us

Khorasan Packaging Tools Company is one of the leading factories in the field of manufacturing machinery. Relying on the 50 years hands-on experience and applying the modern technology in producing machinery for food and chemical industry, it has tried over years to improve the quality and quantity of production line whether in food industry or chemical industries.
This company, which started its work in 1974 was able to gain the trust of customer through guaranteeing the efficient function of its machinery, we are proud that our resume is decorated with the names of reputable and well-known domestic and foreign companies and brands.